Synthetic material more commonly referred to as „plastic,“ is pervasive in our lives. Indispensable items for our daily lives including food packaging, clothing, furnishings, vehicles, building materials and even replacement parts for our bodies such as prostheses and tooth fillings are made of plastic.

With such an abundance of such products, it is hardly surprising that so much plastic has been produced that the volume would be sufficient to wrap our planet in film six times. And that‘s not all: worldwide plastic consumption is continuing to rise so rapidly that more than 300 million tonnes of it is produced worldwide each year.

The downside is that an enormous quantity (estimated at 10% annually) of the currently produced plastic ends up in rivers, seas and oceans; when converted, this corresponds to one garbage truck load per minute. In the environment, macro- and mesoplastics (> 5 mm) decompose through mechanical, chemical and biological processes into micro- (1 μm to 5 mm) and eventually nanoplastics (< 1 μm). Together with microplastics from other sources, such as from wear of vehicle tyres or leaching of fibres from textiles, microplastic accumulates in the oceans. Plastics have already been proven to be present in all ocean water masses: from the poles to the equator, at the water surface, in deep sea sediments and in coastal regions.

Plastic can contain numerous toxic and hormonally active chemicals. These are released into the immediate environment and can harm humans, animals and ecosystems. We take in these toxic substances through respiration, skin contact and the food chain and thereby endanger our health.

Brochure about Chemicals in Plastic : A danger to humans and the ocean
Plastic Seminar Presentations
Join our Plastic Diet

Plastics are linear and branched molecular chains, which are produced from individual building blocks (monomers) through a synthetic binding process (polymerisation). About 99% of the plastics in use nowadays are produced from fossil fuels. Because raw plastics are brittle and hard, chemicals are added during the manufacturing process to give specific properties (such as elasticity, stability, colour-fastness, transparency, static charge, static charge, or toughness) and thereby tailor the final product to the particu-lar application. The ratio of additives to plastic depends on the type of plastic and its requirements and can lie between 5% (such as polyethylene) and 80% (such as polypropylene composites). Additives can have undesirable properties. They can disturb our endocrine system, impair our fertility or promote the development of cancer.

Chemicals can leak from plastic, which means that toxic substances and additives can trans-fer to food, living beings and the environment. This is because plastic has a sponge-like basic structure of linear or cross-linked molecular chains that are more or less interwoven. Additives are not firmly anchored within this structure. Alongside additives, plastics often contain residues from the manufacturing process, including health- and environment-damaging components (such as styrene, melamine and vinyl chloride) or solvent residues (such as chlo-rinated hydrocarbons).

Toxic and hormonally active substances such as additives can leak from plastics under certain chemical or physical conditions (heat, UV radiation, greasy/acidic environments) or over the course of the ageing process and accumulate in the environment. Humans can take in the released pollutants through respiration, the skin and the consumption of contaminated food. Particularly alarming is this “migration” of chemicals when food comes into contact with plastic packaging.

Plastic additives are used in a wide range of products and are harmful to health and the environment. Brominated flame retardants, phthalates, bisphenol A and organotin compounds are all hormonally active compounds, also known as endocrine disruptors which can interfere with our finely-balanced hormonal system and disrupt hormone-controlled processes such as metabolism, growth, immune system function and organ development. Babies and young children react especially sensitively to hormonally active chemicals. A variety of diseases and disorders including mal-formations of the sexual organs, infertility, allergies, obesity, type 2 diabetes, different types of cancer, immunodeficiency and learning and behavioural disorders are all associated with these artificial hormonally active substances. 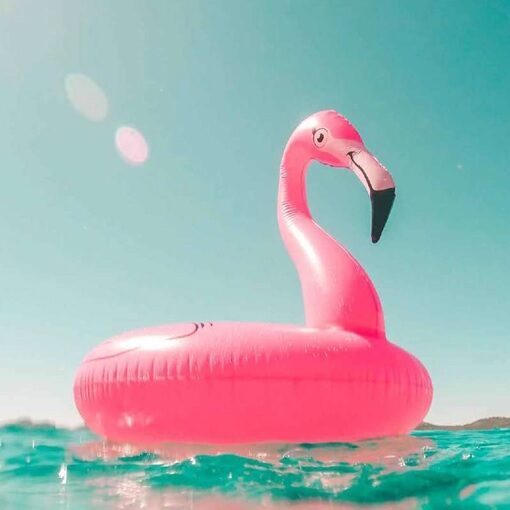 We can effectuate some change with small, simple decisions in our daily life. These decisions do not cost much in terms of money or time. The challenge is questioning our routines and observing a few simple rules of thumb

Tips for materials that come into contact with food

• Food packaging made of glass is the most hygienically harmless option and can be employed as versatile preserving jars to fill with meals after initial use.

• Food items should never be heated in plastic containers.

• Acidic and fat-containing food items are less suitable for packaging made of plastic and plastic-coated containers.

• Particularly important in the case of infants and children is to avoid tin cans, as these can release bisphenol A into the food contents.

• Certified natural cosmetics are guaranteed to be free from microplastics and are recognisable by e.g. their NaTrue label.

• Caution! Many scouring agents such as grout cleaners and glass ceramic stove top cleaners contain microplastics. You can instead clean using completely natural bak-ing powder or baking soda as a scouring agent.

• You should use cotton cloths to clean instead of microfibre cloths. Other alternatives are environmentally-friendly sponges made of cellulose or other natural fibres.

• Switch your home textiles and wardrobe gradually to natural fibres (organic cotton, organic wool, linen, silk and hemp), so that no more synthetic fibres are flushed into the environment from your washing machine.

• When washing synthetic fibres, the fuller the machine the less friction is generated between laundry items, which results in the release of fewer fibres (microplastics). Low temperatures, short cycles and forgoing prolonged spinning cycles are further measures to minimise the leaching of microplastics.

• Avoid plastics made of soft PVC. You will generally recognise these from their glossy surfaces and slightly “greasy” feel.

• Choose “switch off/shut down” instead of “standby” for electronic devices. This will allow you to prevent these devices from heating up and releasing brominated flame retardants into the ambient air.

© 2022 Think before you buy. Created for free using WordPress and Colibri